The Golda-Meir-Steg, name gave in honour of former Israeli Prime Minister Golda Meir, was finally open on the 08th of December 2021. It is a new pedestrian and cycle path bridge that spans the Berlin-Spandauer-Schifffahrtskanal and is part of the newly emerging Europacity development area in the west and the Mitte district in the heart of Berlin. The sum invested by the state of Berlin was around 9.6 million euros.

Designed as the new highlight of Europacity, together with the adjacent square and the staircase to the canal, tying Kieler Straße with the rest of new developments around the Weidt-Park-Corner and the promenades, and will form a very important tourist-oriented infrastructure to connect this part of Berlin’s formerly divided districts. This is also a wonderful new chapter for the locals, as lately in the area were built many apartment block buildings with play and recreational spaces, stores, and green spaces.
The golden bridge has a filigree appearance formed by recesses included in the design along the railing. This way was built an attractive and clear barrier-free path connection between Kieler Straße and Otto-Weidt-Park. The bridge has a sleek and elegant appearance, with the lateral railing ornaments cut into the steel sheets using laser technology, looking very clean shaped in day light, the night illumination installed on it giving the structure a distinctive look also.

The building company, Schüßler-Plan Group of Düsseldorf, started as a one-man office over 60 years ago by civil engineer Willi Schüßler. Their description of the bridge is as follows: “The bridge design envisages a steel, extremely slender trough cross-section as a superstructure, which rests on stepped cantilevered abutments. The ornamentally dissolved, co-supporting railing plates have a transparency following the transverse force curve and connect the massive handrail acting as an upper belt with the bridge deck. To realize the great slimness, the superstructure is guided over the abutments and at their end a clamping is realized with the help of a tensile anchorage in the abutments. The result is a three-field beam with spans of 5.47 m / 60.84 m / 10.55 m. The superstructure is elastically mounted via movable elastomer bearings in the front bearing axles. Vibration absorbers are arranged in the middle of the bridge, which are used to dampen the first two natural vibrations (bending and torsional vibrations).

The following special features of the architectural design were dealt with in terms of planning:

Horizontal stepping of the cantilevered abutments with special requirements for reinforcement guidance, concrete formulation, and production

It took long time since the authorities granted permission for the bridge, with the preliminary work starting in December 2019. As I understood in Berlin, and most of Germany, is difficult to prepare the land for any construction, because of the way chemical and unexploded Second World War ordnance were disposed of after the war.

Meanwhile the 190-ton steel bridge was built within 6 months in the Saxonian town of Stützengrün. Then the bridge was taken to the port of Deggendorf, loaded on the Bandolino barge, and took a 14 days and 1,600 km. trip to Berlin. It was traversing on the water across countless locks along the Rhine-Main-Danube Canal to Duisburg, shipped along the Mittelland Canal, up the Havel River, along the Spree River until it finally reached the Berlin-Spandauer-Schifffahrtskanal. Before it arrived at its destination on the Otto-Weidt-Park construction site was installed a crane equipped with a 300-ton counterweight and placed in position. The whole lifting the bridge of the Bandolino barge and installing operation was spectacular.

My Tweets
Join 482 other followers
Follow Dragon's Girl on WordPress.com 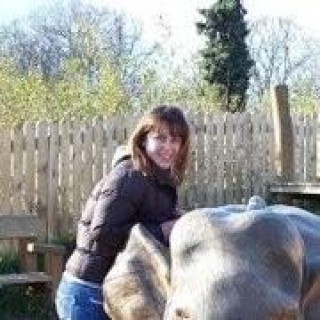